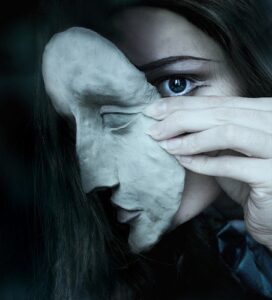 Most of my life I’ve struggled with the debilitating handicap of being too concerned with what others think about me. Too often I’ve allowed the opinions and projections of others put limitations on the scope of my calling.  So often I’ve permitted the significance of my purpose to be shaved and trimmed down by the influence of limited thinking.

Many of these people loved me with my best interest at heart and some were highly intelligent and educated people, yet lacked the capacity to think beyond their own perspective. Some of these were people that didn’t really care for me and a few that even hated me — yet I’d be concerned what even those people thought. I was far from overcoming social anxiety.

Identifying Our Bondage
Fortunately I came to realize what a paralyzing form of bondage this is. I saw that I was a slave to the limited thinking of other people, which resulted in my own limited thinking. Trapped within the snare of skepticism and seduced by the spell of cynicism, the blood-sucking clutches of doubt just about silenced my spirit.

All this is just another prime example of how misery loves company; Human nature is not comfortable with being passed-up by a fellow, and even the most well-meaning people still may unintentionally project a subtle spirit of pessimism based on their own disappointments and limited thinking and/or false beliefs.

I often rationalized my concession to these curses by telling myself how important it is to be open-minded to other opinions and criticism. Certainly keeping a healthy teachability index is a foundational trait, but only when we listen to the right teachers.

I had a few good teachers yet there was still other influences that managed to infiltrate my sound wisdom. I told myself I was being ‘obedient to my elders’  yet disobeyed my divine calling. I was true to others but not true to calling, nor the One who called me and created me for a purpose.

My submission to such slavery was not simply a choice I one day made, but an ongoing series of projections, subjections and social conditioning from an early age which was reinforced by habits and route patterns practiced for years to become so deeply ingrained that other possibilities were given very little thought.

Most people more or less exist within this same kind of bondage, so don’t be surprised when your aspirations to be free meet various forms of skepticism, cynicism and overall opposition from those around you.

Breaking The Bonds
While it is sad to see so many wonderful people with tremendous potential living like meaningless slaves, the good news is that none of us need to live such a meaningless existence! None of us has to be a victim or some statistical subject. Yes – we have a choice to be free!

God is inviting all to be free from such heavy bondage:
“Come to Me, all who are weary and heavy burdened, and I will give you rest. Take my yoke upon you and learn from Me; For I am gentle and humble at heart; and you will find rest for your souls. For My yoke is easy and My burden is light.” Matthew 11:28-30

This is God’s way of inviting us into a covenant relationship with Him, with the assurance that He is gentle & just, and not a tyrant, nor is He arrogant & haughty, but humble; His reaching out to us is with the premise of genuine love, and He wishes to deliver us from such heavy bondage of the world and bring us into His covenant family, as He is most faithful to uphold His side of the deal and will help us uphold our role to abide in Him.

This is where some people would like for me to just stick with the practical – and leave my faith out of it; Yet I simply cannot do that. The saving grace of God through His Divine Son Jesus Christ is what I am compelled to attribute to any kind of freedom I’ve realized. Even the practical wisdom I speak of is all part of God’s grace, and the kind of freedom that really matters is freedom from sin. Sin which has separated us from God, which leads to our ultimate death, both physically and spiritually.

Yet God provided a means for our salvation through Jesus Christ, Who gives us the grace to choose this freedom. This is a choice I committed to that has been life-changing to say the least. I knew what I could be in for and the risks I was taking as I made this choice, but I already counted the costs of my life prior and the losses were too much to continue living with. I knew what I had to do and I was willing to have my whole life unravel for the chance of my course being redirected.

Sometimes when we make the right choices, things get worse before they get better- and that is certainly the way things played-out for me. I apparently “lost it all” as my so-called “misfortune” was indeed a heavy and significant blow. (See- “The Benefits of Adversity“)

But I somehow knew my life was being stripped-down the same way a fruiting vine is pruned in winter to replenish for the next season of abundant productivity.   Well my next and biggest growing season is in process; Today is looking great and tomorrow even better!

The degree of freedom I have achieved thus far has immeasurable worth and I will not allow the limiting thoughts and opinions of others deter my progress. I admit, I still sometimes get a little hung-up on some ridiculous criticism, but I pray to God and coach myself to quickly shake-it-off  so I can move on.

Discerning Wise Council from Worthless Criticism
The more we progress and succeed, the more subjected we become to criticism. Most criticism is coming from people who are jealous and too cowardly to take charge of their own life and is not worth considering. But we still need to be open enough and discerning enough to sift out sound wisdom. “Test all things and hold fast to that which is good”      1 Thessalonians 5:21

Again, keeping a healthy teachability index in tact is a vital and fundamental part of our development and ultimate success, but we must be sure to take council only from those who are competent and truly support and believe in who we are and what we’re about.

Keeping Perspective
As I keep all that in perspective, the opposing thoughts and opinions of people who are stuck in their own limitations fade into the wayside. Those words which were once so binding just fall to the ground with pathetic insignificance. No longer do they possess me; at worse, they inflict a mere minor annoyance which soon blows away in the cleansing wind.

No longer do I feel the snap of the snare of skepticism nor the seducing spell of cynicism. No longer do they hold they key to my destiny. My life is in God’s care, Who has not just freed me from mental, emotional & social bondage, but much more importantly, the spiritual bondage of sin! It is He who drives my destiny as the Word and Spirit of God illuminates my path for His Kingdom.

Praise be to God who gives true freedom and abundance and gives it liberally!